Depression is an all-transcending ‘disease’ that can affect anyone, regardless of age or status. Not only is it not a respecter of persons, but also, it does not regard or leave out any system of the body out of its onslaught.

Once depression sets in, myriad systems of the body are also affected, either directly or indirectly, through reactions and attitude of the individual so affected.

For example, a depressed person can indulge in binge eating to ease the stress, leading to an accumulation of unwanted calories. A patient of depression can make terrible judgement and decisions that will adversely affect every facet of their life. They could take steps that might hurt their loved ones.

Depression could seep in slowly, gradually permeating every facet of your being, a result of a lifetime of accumulated hits and impacts.

It could also pop in suddenly with the ‘right’ trigger, and it feels like you descended from the top of the Mount Everest to the bottom of the Pacific Ocean in a split second. Yes, that far and that fast!

Whatever the cause of the depression, and however it sets in, it is not an enjoyable experience in any way. It is easier for someone that is feeling light headed and pleased with life (to an agreeable extent, at least) to up and start giving advice to someone who doesn’t even know what is what, floating in an abyss that she can’t even understand, drowning in depression.

Unfortunately, the incidence of depression has been on the increase over time. More than an 18% increase in depression cases were recorded between 2005 and 2015. In one decade! This figure translates to about 300 million people living with depression. Depression has been described as the common cold of mental illness.

Based on the Reductionist view of modern medicine, the seat of the problem-depression, is the brain. The reductionist view ‘reduces’ the human body to separate systems, and as such, approaches deviations from health by tracing them down to a system, further to an organ, and then treating that organ for the problems. This works well, and has been largely successful. If it wasn’t, modern medicine won’t have the successes it has been able to record so far.

To reiterate, the reductionist view traces the problem down to the brain. Depression happens when there is a disruption of the normal chemical balance of the brain. This could be any of the neurotransmitters: serotonin, norepinephrine, and dopamine. To treat this, antidepressant drugs such as Pozac, which seeks to restore this balance are used. This Pozac, for example, heightens the level of serotonin, the happiness hormone, in the brain, in an attempt to treat the depression.

Another theory, this one involving not just the brain, but the ‘mind’, is that depression arises out of a build up of negative life experiences. In addressing this, talk therapy sessions with Psychologist or Psychiatrists seek to cure depression by ‘creating awareness.’

Depression goes beyond this. Ayurveda has been in existence for millennia, and modern science has just begun to to catch up with the wisdom of the ancient sages. Their theories are in agreement, though with different terminologies. The field of Psychoneuroimmunology (PNI) has been making advances approaching the long-gathered wisdom of the ancients.

According to Ayurveda, every single cell in the body contains mahat(its own intelligence). Mahat flows between the cells of the body, in a process termed Prana. As long as prana is unimpeded, the body remains in prakruti (the natural unique healthy composition of each individual). However, a disturbance in this flow through the mind, body or spirit, throws the body into a state of vikruti, and there is disease. Modern science agrees by defining disease as any deviation from a normal state of health.

The case of depression is not an exception to this rule. When there is a disturbance, the one thing leads to the other, and there is depression.

Depression feels different for everyone, and if there is one thing Ayurveda excels at, it is tailoring its approaches to be specific to the needs and uniqueness of each person. Following from this, Ayurveda has identified three types of depression according to the dosha whose imbalance is causing the problem:

This is caused by a vitiation in the vata dosha. Vata, after all, is the air dosha. Airy depression is marked by lack of enthusiasm primarily, with a secondary manifestation of anxiety. There is also inability to sleep, feeling overwhelmed and swamped with situations.

Airy depression results from a lack of stability in life patterns and routines. It can also happen if anything happens to disrupt regular life patterns, such as major life changes.

Pitta is the fire dosha, responsible for transformations in the body. A pitta disturbance blocks metabolism. It results in irritability, frustration that can be so strong that it masks the sadness that is a commonly known symptom of depression.

Burning depression happens as a result of an intense approach to life, going at life like a relentless bull, and overdoing things.

Kapha is the culprit here, being the dosha for structures. It is no wonder then that earthy depression causes a feeling of being weighed down. The depressed persons feels heavy and crushed, oversleeps, and has high inertia, i.e., it makes it difficult for them to do something or to get them moving.

Through all this, there is a great possibility of moving from one form of depression to another. For example, airy depression, which is a vata-based depression, so to say, could also mean that circulation of fluids round the body, which is controlled by the vata dosha, is impeded. This blockage of circulation means there is a back up of fluids, resulting in a build up, and this affects kapha dosha, for structures. This leads to earthy depression.

These are just few of the many varied causes of depression.

Ayurveda has myriads of approaches to problems, and the beauty of it is that they are not only effective, but they are unique to individuals. Whatever it is that you do however, it is important that you consult with an Ayurvedic practitioner, like the experts here at Medhya Herbals who are always willing and happy to help you.

There are various practices, exercises, herbs, and more, that can be used.

The ways to battle depression vary with the type of depression, which is why consulting an Ayurvedic expert is necessary before you begin any regiment.

What you eat goes beyond the food you eat, but everything that you take in. You must have had situations affect you that make you feel sad, even if the situation doesn’t directly affect you. For example, you can feel low if your hero in a movie dies, or your favorite team loses a game. Things that you take in should be things that you can process. This is why you need to build up your digestive fire, whether for food, or for emotions. Again, consult a specialist to know which is best for you, because depression is different for everyone. Generally, you want to:

1. Is there cure for depression in Ayurveda?

Ayurveda is a system of medicine that originated in India and has been practiced for thousands of years. Its name comes from the Sanskrit words “ayus” and “veda,” which mean “life” and “knowledge,” respectively. Ayurveda is based on the belief that health is a balanced state of mind, body, and spirit. To achieve this balance, Ayurvedic practitioners use a variety of methods, including dietary changes, massage, and herbal supplements. While there is no cure for depression in Ayurveda, there are treatments that can help to improve symptoms. For example, dietary changes may be recommended to help balance the body’s energies. Massage can help to ease muscle tension and promote relaxation. And herbal supplements may be used to help improve mood and cognitive function. While these treatments will not eliminate all forms of depression, they can help to improve symptoms and promote a sense of well being.

2. What is the best Ayurvedic medicine for anxiety and depression?

Ayurvedic medicine is a holistic system of medicine that originated in India. It is based on the belief that good health depends on a balance between the mind, body, and spirit. Yoga, meditation, and aromatherapy are all part of Ayurvedic medicine. Herbal remedies are also commonly used to treat various conditions, including anxiety and depression. Some of the most popular herbs for anxiety include ashwagandha, brahmi, and gotu kola. For depression, common herbs include ashwagandha, Shankhapushpi, and Jatamansi. While there is no one-size-fits-all approach to Ayurvedic medicine, these herbs are often effective in treating anxiety and depression.

Melatonin for Sleep: Side Effects and Ayurvedic Natural Alternatives 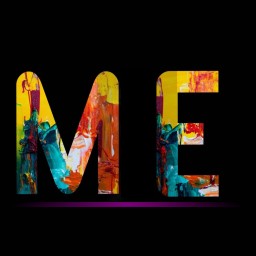 Ebenezer Maradesa is a medical student, studying modern medicine. He believes everyone deserves holistic health care, and strives to effectively balance the care of patients as such.

He likes to pay attention to the inner workings of his mind and believes everyone has gems just lurking in there, if only they will dig for it. When he is not being a medic, he shares his own 'gems' on his blog at WhatDoYouThink?