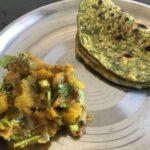 Our digestive system is responsible for the digestion of food, absorption of the released nutrients into bloodstream and lymph, and excretion of excess undigested food. It is also known as the alimentary canal, aliment means to nourish.

What does the Digestive System consist of?

Digestive system consists of the gut and accessory organs.

The gut: It is one way tube about 7.62 meters (25 feet) in length. It starts from mouth, passes through pharynx, esophagus, stomach, small intestine, large intestine and ends with the anus.

Details and Functioning of the Digestive System Organs

These exocrine glands secrete saliva, which consists of 95.5% water. The remaining 4.5% consists of:

Our 32 permanent teeth are important for chewing food and mixing it saliva.

It is a short tube covered with a mucous membrane. It lubricates the food coming from the mouth and passes it to the esophagus.

Secretions from the mucosa of esophagus lubricate food coming from the pharynx. Then, food passes to the stomach through lower esophageal sphincter (also known as cardiac sphincter).

It mixes food with its gastric acid and juices to form chyme then it passes this chyme to the small intestine. The digestion of proteins takes place through the active form of pepsinogen enzyme, which is pepsin. Also, the stomach can absorb some fat-soluble compounds as aspirin. Also, the stomach secretes intrinsic factors important for the absorption of Vitamin B12 in the small intestine.

Digested food passes through jejunum to ileum where absorption occurs. It absorbs sugars, amino acids, and fatty acids along with mineral and vitamins into the bloodstream.

It is twice a small intestine in diameter, about 3 inches. It absorbs water, electrolytes, and minerals and concentrates them to be excreted in feces.

It is the largest organ in human body. It is about three pounds. It secretes bile which is stored in the gall bladder then this bile is released in small intestine for digestion and emulsification of fats.

Bile is the yellow-brown or yellow-green solution with pH 7.6-8.6 secreted from hepatocytes. Bile consists of water, bile salts, bile pigments, electrolytes, phospholipids, cholesterol and triglycerides. Bile salts and phospholipids are most important for emulsification.

Bile is then stored, concentrated, and propelled by gall bladder which locates in the posterior aspect of the right lobe of liver.

The pancreas has both exocrine and endocrine functions. As an exocrine gland, it releases pancreatic juice from acinar cells for digestion of proteins, fats, and carbohydrates in the duodenum. Pancreatic juice consists of water, bicarbonate (which maintains pH between 7.1 and 8.2), enzymes and salts.

The endocrine function of pancreas represents in the secretion of insulin and glucagon hormones from islets of Langerhans for the regulation of blood glucose levels.

Food enters the mouth and mixed with saliva which contains amylase enzyme for digestion of carbohydrates and lingual lipase enzymes which digest lipids. Chewing of food increases surface area and allows appropriate sized bolus to be produced.

It consists of swallowing and peristalsis. Swallowing of food is a voluntary movement which occurs when the tongue and pharynx propel food to the esophagus. Peristalsis is involuntary contractions and relaxations of all smooth muscles of the alimentary canal to propel food along.

The chemical digestion process of the food involves multiple enzymes, acid, and juices to break down food into simpler units such that it can be utilized by our body cells to produce energy.

Carbohydrates such as sugars, fibers, and starch are broken down by the salivary amylase into disaccharides inside the stomach. Then the process is completed in the small intestine through pancreatic amylase to produce monosaccharide sugars.

Proteins breakdown occurs in stomach through pepsin enzyme. Then, it is completed in small intestine through pancreatic enzymes: chymotrypsin and trypsin to give amino acids.

It is a very important step as, without it, there is no value of the food we eat. Almost all food, 80% of electrolytes and 90% of water are absorbed in the small intestine. Food enters the bloodstream through the epithelial cells of the lumen of the small intestine.

It is the process of removing excess undigested food, like fibers and cellulose, and some water outside the body through the anus.