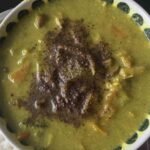 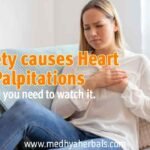 Heart Palpitations and Anxiety – When to and When not to Worry!
Health and Wellness
Graying Hair: Hair Announces my Age, Prematurely?

If a man has all the silvers there can be on his head, he is seen as distinguished, stylistic, and is dignified for it. If a woman has a few strands of white showing up, then it is a battle. She is considered as just plain old. Medhya Herbals won’t allow that kind of discrimination, and we will show you how you can handle this graying in your hair, and maintain a healthy skin and hair even as you advance in age.

Graying of hair is a regular sign of aging, be it in a man or a woman. The age when you begin to see your first strands of hair that are not the regular black or that differ from your natural hair color depends on your race. Generally, the least age at which graying begins in whites is in the late 20s. Asians start having gray strands at late 30s, and blacks don’t begin to show graying till their late 40s.

The graying pattern is dimorphic in sexes, that is, different for both men and women. Men begin graying in the temporal scalp region, then to the vertex of the scalp. In women however, it starts at the perimeter of the hairline and affects all regions of the scalp equally.

Again, graying is a normal sign of aging, and it should not be perceived like an infection. But then, it is up to you if you want to rock your silvery hair or if you would rather keep it raven and jet black.

Your Hair Should Not Start Graying Prematurely.

However, there is a problem if this gray hairs start showing up before they should, in a condition known as premature aging. An Asian is considered to be graying prematurely if the gray strands start appearing at or even before the age of 25. You deserve more years of enjoying your jet black air before that happens. Ayurveda knows how to prevent premature graying.

What Does Ayurveda Have to Say About Graying.

For one, the number one cause of graying is aging. With age, the vata dosha becomes more dominant. That is to say, older people have have more dominant vata than others. A lot of extrinsic aging factors come into play, and one of the overall effects, as we will see, is graying of hair.

Premature graying can then occur if a younger person has dominant vata dosha. For people who have the vata as the dominant dosha even in their normal composition(prakriti) for example, they are more likely to gray prematurely. However, other things that can aggravate the vata dosha can also cause this condition.

Pitta, however, is primarily responsible for premature graying. If pitta energy is elevated, it can get the hair follicles inflamed. This inflammation weakens the hair follicles, leaving them malnourished, and causing the hair to fall out eventually. If this continues on and on, eventually, the hair that grows out to replace the fallen out hair has more and more chances of coming out gray.

We can say then that, anything that causes a spike in pitta dosha energy, such as consistently eating hot and spicy foods, frequent use of beverages, excessive anger, keeping consistent late nights, etc, can cause premature hair graying.

Other causes of hair graying and premature graying of hair.

Aside the Ayurvedic causes that have been clearly listed above, premature aging can also be caused by a variety of things ranging from lifestyle and diet to medical problems.

How to prevent premature graying of hair.

If you are looking for a cure, a complete cure to prevent your hair from going gray, well, you might as well be looking for a cure to aging. When you find that miracle remedy that regresses your years so you can look younger again, Medhya Herbals will like to know about it.

This doesn’t mean, however, that there is absolutely nothing that can be done about it. Society, afterall, almost believes the only good woman is one who has dark hair, regardless of her age. So, Ayurveda comes to the rescue with tips on how to prevent premature greying.

What lifestyle changes can be adapted to put off hair graying?