8 Ovulation Signs & Symptoms That You Should Not Miss 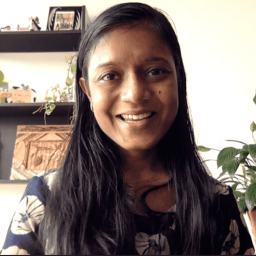 In any case, ovulation signs indicate fertility, a healthy menstrual cycle, good health of your reproductive system, and endocrine system. And of course, knowing about them adds a lot of comfort and ease of knowing your own body.

In this post, we will look physiological changes that happen in your body during ovulation. This will help you to know of the ovulation signs and track it better.

Here’s a video on Ovulation signs and symptoms for you to watch at your ease.

Ovulation is the stage of your menstrual cycle, when an egg is actually released from the ovary. It travels down through the Fallopian tubes to the uterus.

Ovulation usually happens nearly midway of the cycle. However, this is highly variable and actual time of ovulation varies from woman to woman. Exact timing of ovulation is also affected by multiple lifestyle factors; stress being one of them (in modern our life’s context).

For example, if you have gone through period of physical or mental stress; it may actually delay or even prevent you from ovulating in that particular cycle.

However, if everything stays normal. And of course your health is in good state, then ovulation can happen between days 12 and 21, depending on the length of your cycle.

Pro Tip: Once, you start tracking ovulation. You will get better handle on your fertility and periods. So, keep a track of your ovulation day for 2-3 months before you actually plan to conceive.

How long does Ovulation Last?

What’s the big deal about tracking ovulation anyway? Well, the thing is, if you really want to get pregnant, you should know when you ovulate. After all, if you don’t ovulate, there will be no egg to be fertilized.

Mature egg is released from the ovaries after a surge in LH (Luteinizing Hormone) takes place. Usually, ovulation can happen anywhere between 12 to 24 hours after LH increases.

Ovulation only happens once every cycle. This means, each month, you only have one shot at it. The lifetime of the egg after it is released is up to 24 hours. After this time, it cannot be fertilized and readily disintegrates.

But, its not the same for a sperm. A healthy sperm can survive in a healthy cervical fluid for up to 5 days. Also, sperm can travel as far as till the end of Fallopian tubes to meet the egg. That’s why, even if you have had sex few days before you ovulate, you can still conceive!

What are the signs of ovulation?

How do I know when I’m ovulating?

Well, thankfully, the body does tell you. It sends these subtle messages that you might not catch if you are not looking for them. These messages are in the form of changes that take place in the body as you approach ovulation.

So, hey there, are you looking to get pregnant? Well, when you begin to see these signs of ovulation, it might be a good time to hop on the bed.

1. Changes in the cervix

The cervix is that muscular passageway that connects the external reproductive organ(the vagina) with the womb. Around the time of ovulation, the position of the cervix shifts slightly upwards.

It also becomes softer and is more open. This is in preparation to receive sperm cells.

There is a fluid that is usually around this cervix. It might be dry when you have just had your flow. The mucus begins to form thickly as the cycle progresses.

However, the cervical mucus lightens up as ovulation draws near. You can feel this with a clean finger.

Heightened libido is another sign of ovulation. Mother Nature, in all her wisdom, has perfectly timed the events. Life must be preserved. Therefore, it is no wonder that the sex drive increases at the height of the fertile period.

This is due to the effects of hormones produced during this period of the menstrual cycle, such as the luteinizing hormone.

The breasts become tender and sore, including the nipples. This is also due to hormonal changes, like increased estrogen for example.

If this happens at about the mid-point of your cycle, then it could be the body saying, “Hey, it’s ovulation time.”

A follicle has to be ruptured for an egg to be released. The ruptured follicle may bleed slightly. The blood from this follicle changes color with time, and by the time it passes out the vagina, it is brown. So, if you see brown spots on your underwear, it could be a sign of ovulation.

7. You become sensitive to certain smells

If you have dogs around you, then you might have heard something about dogs being on heat. A similar thing happens in humans. In this case, your sense of smell is heightened, and you are more attracted to male pheromones.

8. Ferning pattern of saliva on the tongue

How to track your ovulation

In addition to these messages that the body sends you, you can also decide to track your own ovulation by:

It could be an interesting journey trying to get pregnant. Make sure you see your doctor if something seems to be off about your ovulation. Ensure that all possible underlying problems are ruled out.

Do write to us for any queries, comments, and feedback. We will try to get back the soonest we can!