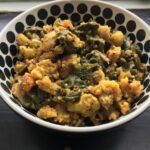 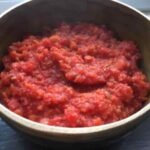 The menstrual cycle is a necessary peril for female health. It brings a monthly change in her body that is often accompanied by discomforts such as pain, cramps, headaches, bloating, lack of energy and interest.

While these symptoms are frequently associated with menstruation, it is quite interesting to know that Ayurveda considers any symptoms as indications of hidden health disorders that need your attention.

Menstruation follows a regular monthly cycle for females and girls that have entered Menarche. It involves a synchronised play of multiple hormones and body systems, and it is a vital marker of female health.

Menstruation is an act of female reproductive system with which it prepares her body for potential pregnancy. Any disturbances in terms of menstrual symptoms, irregular, missed, or absent periods indicate potential health issues that need to be addressed.

Regularity and onset of Menstrual cycles, also known as Menarche begins the fertile phase of a girl’s life.

Menstruation – Time to Cleanse and Rejuvenate

Regular menstrual cycle is necessary to maintain the balance of Dosha, body tissues, endocrine system, and reproductive system for females. It also indicates good health and is a sign of fertility. Females who undergo regular periods are better able to work with fertile windows and experience healthy pregnancy outcomes.

In Ayurveda, menstruation is considered to be a part of monthly cleansing for females. Menstrual blood is the waste product formed when blood tissues or Rakta Dhatu is generated from the Rasa Dhatu or Plasma Tissues. According to Ayurvedic principles, menstrual cycle allows monthly flushing of the unwanted materials and malignant tissues.

Due to the cleanse and loss of blood and energy, the female body is rendered weak. This effect is visible on body systems and body functions such as the digestive system and immunity.

In Ayurveda, menstruation is considered to be the time to rejuvenate, relax, and nurture the body and mind. For a healthy menstruation one needs to:

Each Dosha, and hence the respective energies play an important role in different phases of the monthly cycle. The dynamic forces of growth (Kapha), transformation (Pitta), and movement (Vata) guide the three stages of Menstruation.

Follicular phase is the first phase before the release of the egg. This phase starts after menstruation and lasts just before Ovulation, and is the growth phase. In this stage, the endometrium in the uterus thickens and becomes glandular.

Any imbalance in Kapha would lead to the formation of clots and mucusy layer that is not capable of performing its required function.

Ovulatory phase follows the Follicular phase, and goes around the egg release. It starts with Ovulation and lasts just before Menstruation. In this stage, Pitta Dosha acts through the blood tissues and the endometrium becomes more engorged with blood vessels. This prepares the uterus to nurture the fertilized egg, should it come.

Any imbalance in Pitta would lead to excessive growth of the layer, and hence more than usual bleeding.

The secretary or the luteal phase is the last phase of the menstrual cycle after the egg release. In this stage, the uterus gets rid of the endometrium layer via the downward force of Apana Vayu – Vata Dosha, and menstrual flow is established.

Any imbalance of Vata Dosha would lead to restricted or painful flow, bloating, and PMS symptoms.

The average age of menarche is 12 to 15 years. The first day of menstrual bleeding is the date used for the last menstrual period (LMP).

As Pitta Dosha governs the Plasma and Blood tissues, girls that have Pitta dominant Prakriti usually have an early Menarche ranging anywhere in between 9 to 12 years.

Additionally, girls that have Kapha dominant Prakriti usually have Late Menarche, ranging between 13 to 16 years.

Once a female has attained menarche, she will undergo monthly menstrual uterine bleeding for which average duration lies between 3-5 days. The average length of the cycle in adult females is considered to be 28 days.

In Ayurveda, menstruation is considered as a time to cleanse and rejuvenate. Menstrual cycle provides the female body an opportunity to flush out the toxins and impurities on a regular basis. Along with toxins, some amount of Ojas – purest form of energy is also lost during the menstrual cycle.

In Ayurveda, Menstrual flow is considered to be made up of Plasma and Blood tissues. These tissues are also the first ones to be exposed to any imbalance in Dosha and hence they get vitiated, leading to health issues such as cramps, anxiety, burning sensation, headaches, pain in back and abdomen, constipation, and bloating, etc.

As the whole energy of the body is channelized towards the cleanse, menstruation requires ample of rest and a nourishing diet to help the body and senses rejuvenate.

List of Herbs and Spices to ensure a healthy Menstrual Flow

Herbs and Spices are an integral part of the Ayurvedic Diet. They promote digestion, provide one with essential nutrients and antioxidants, and relax your senses. Following herbs and spices would support a healthy flow and pain-free menstrual cycle. They should be included in the diet during and after the menstruation, some on a regular basis and the rest during the periods.

Let food be your medicine and medicine be your food! This is a popular saying and one of the basic pillars of Ayurveda. A healthy and balanced diet nourishes your body and supports the vital energy of life.

Ahara – Foods for a nourishing diet during Menstruation

Here is the list of some foods that you should include in your diet to stay energetic and calm.