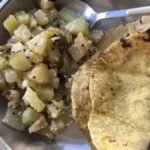 PCOS (Polycystic Ovarian Syndrome) is more common that than a lot of people think, and oftentimes, it goes undiagnosed. It might be wreaking havoc, but a good number of people might not take any steps to find out what is the issue until it has done a great deal of damage been done. This is why it is important to regularly have check-ups and report any unusual symptoms. This guide to PCOS will give you a basic understanding of the condition and the effects of PCOS on reproduction.

Polycystic Ovarian Syndrome(PCOS) is one of the leading causes of fertility problems. It affects 25-30% of all women of reproductive age, and that is about a fourth to a third of reproductive women. Also, it accounts for 30% of all infertility cases. To further appreciate how detrimental the effects of PCOS on reproduction are, note that it has been found that 73% of women with PCOS have infertility due to anovulation(i.e. they do not produce eggs at all).

How to know that you have PCOS.

Aside that it causes infertility, this condition also comes with myriads of other symptoms and complications. As a guide to PCOS, here are some symptoms that can help you identify PCOS if you observe them in yourself or someone else around you:

These are only some of the symptoms. As this guide to PCOS progresses, you will get better perspective on what to expect.

PCOS is also known as hyperandrogenicanovulation(that is to say, non-production of eggs due to excessive androgen levels), and Stein-Levental syndrome(after the American gynaecologists that discovered it). The condition is a set of symptoms that arise due to hormone imbalances in women.

What causes this condition?

While there is no exact cause known, this guide to PCOS explores evidence that these might have a part to play in aggravating the risk for PCOS:

The Pathogenesis of PCOS.

The pathogenesis is not understood clearly. However, as this is a guide to PCOS, the pathogenesis has been simplified somewhat. The following are worthy of note concerning PCOS:

We can say this is a pathway, or a network of communication between the hypothalamus and the pituitary gland in the brain, including the ovaries. They exchange information that help to regulate the hormones that govern the reproductive cycles. If there is a disturbance in a communication, then there will be hormonal/chemical imbalances.

Consequently, there will be an increase in the ratio of the Leutenizing Hormone(LH) to Follicle Stimulating Hormones(FSH). So, the LH:FSH ratio will now become 3:1 or higher. This is not favorable for ovulation, and it is one reason why the effects of PCOS on reproduction can be so serious.

Androgens are “male hormones”, like testosterone for example. This does not mean that these so-called male hormones are not present in females at all. Rather, they are only present in little quantities.

The problem only arises when the androgen levels rise higher than they should go. This can happen because the enzyme regulating the formation of androgen is not well regulated itself.

When the levels of male hormone get too high, it disturbs the regular female processes, like ovulation and reproduction.

3. Anovulation due to Low FSH:

FSH is the follicle stimulating hormone. It was stated earlier that the ratio of LH relative to FSH becomes too high. FSH, being the follicle stimulating hormone, is supposed to take care of maturation of follicles for matured eggs to be produced. But because it the levels are too low, it is unable to do this. As a result, the eggs remain immature.

With no mature eggs, the process of ovulation cannot be completed.

Time and again, correlation has been discovered between obesity and PCOS, and how they are both linked together by insulin resistance. It is actually proven that about 50% of women with PCOS are obese. In fact, obesity sets you up for lots of health problems and hormonal imbalances.

It is known that insulin resistance leads to type-II diabetes. With diabetes, there’s excess sugar(glucose) in the blood. The excess glucose is due to the fact that the body resists the action of insulin to convert the glucose into a format where it can be stored in the cells, that is, glycogen. Excess sugar leads to weight gain/obesity.

Furthermore, since the action of insulin is resisted, the insulin becomes of no use, and therefore accumulates in the blood. Thus, blood insulin levels increase.

The chain reaction goes on. With excess insulin running around in the blood stream, androgen(male hormones) production is stimulated. The increase in androgen is coupled with a reduction in the sex hormone-binding globulin(SHBG). So, with more hormones running around and less SHBG to catch them, androgen levels also shoot up. The consequence is that, with higher testosterone, ovulation is suppressed, causing anovulation.

5. Complications and other long-term consequences of PCOS:

PCOS has to be addressed as soon as it is detected. This guide to PCOS seeks to aid you in doing this. Delay is dangerous, and early detection is key, so that the effects of PCOS on reproduction and overall quality of life can be cut down.

If untended, PCOS can progress to cause:

How is PCOS Diagnosed?

Diagnosis of PCOS can be made judging from the symptoms. However, it requires an expert to really see what’s going on. To diagnose PCOS, the following would have been observed:

In Ayurveda, PCOS (or Artavakshaya) is classified as a Kapha disorder. However, the three doshas have a part to play in the reproduction. This is to say that, the effects of PCOS on reproduction is traceable to all doshas.

Recall that PCOS is chiefly due to a problem with the kapha dosha. The imbalanced kapha then blocks vata and pitta, causing an obstruction of movement and suppression of the transformation processes that should normally occur.

The kapha problem also affects the jathara agni(digestive fire), so that eventually, there is an accumulation of ama(waste).

The main clinical feature of artavakshaya is granthi(cysts). This is a swelling or protuberance that is caused by a combination of mamsa, rakta, and madu, all assisted by the vitiated Kapha dosha.

In modern medicine, medications might me recommended. Most commonly, oral contraceptives or other synthetic hormones are taken to even out the hormone imbalance. However, this only masks the symptoms.

If eventually, the patient has to get off the hormone therapy, then the symptoms will return, and this time in a more advanced stage. Worse, the patient might have become infertile completely.